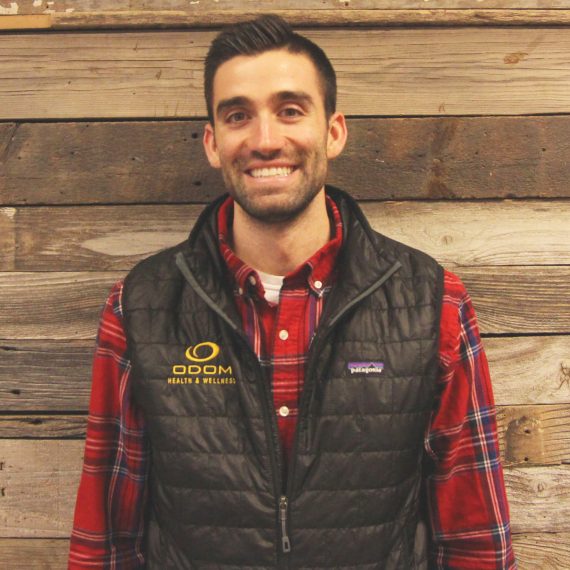 Andrew is a Doctor of Physical Therapy who specializes in orthopedics and sports medicine rehabilitation to allow people to move to a healthier life. In working with him you’ll notice that he has a keen interest in understanding what is most important to the individual, catering the treatment approach to best help foster understanding, and have actionable steps to best position them moving forward.
Andrew’s approach dovetails sticking close to the evidence while making things practical and treating the person as a whole. You’ll experience the use of cutting-edge treatment techniques ranging from specific hands-on tissue work, dry needling, and particular emphasis on getting people confident and strong. He is a strong believer in equipping people with the tools to reduce the risk of future injuries to build resilience and confidence in the future.

Andrew received his undergraduate education from North Dakota State University where he was a student-athlete in Baseball while graduating with an Exercise Science Degree. Andrew decided to further his education by receiving his Doctor of Physical Therapy degree from the University of Mary Physical Therapy Program. As a team sports athlete growing up in Phoenix, AZ, and later moving to Minnetonka as a high schooler, he has had time to understand what it means to compete and train at a high level.

As his college years came to a close he fell into the running scene which is where his clinical and training habits have since had their home. You’ll see him hopping into local road races and triathlons which feeds into his specialty of treating the endurance athlete. As his clinical interests have grown from learning from some of the best in the country, he has carved out a niche in the twin cities area as the go-to provider for treating runners and triathletes from novice to professionals, contributing to multiple Runner’s World articles, performing gait analysis, collaborating with coaches, and keeping athletes on the road training and getting faster as age groups advance.

Andrew enjoys being involved in his community, attending his local church, training for that next race on the calendar, and spending time with his wife and two young boys.